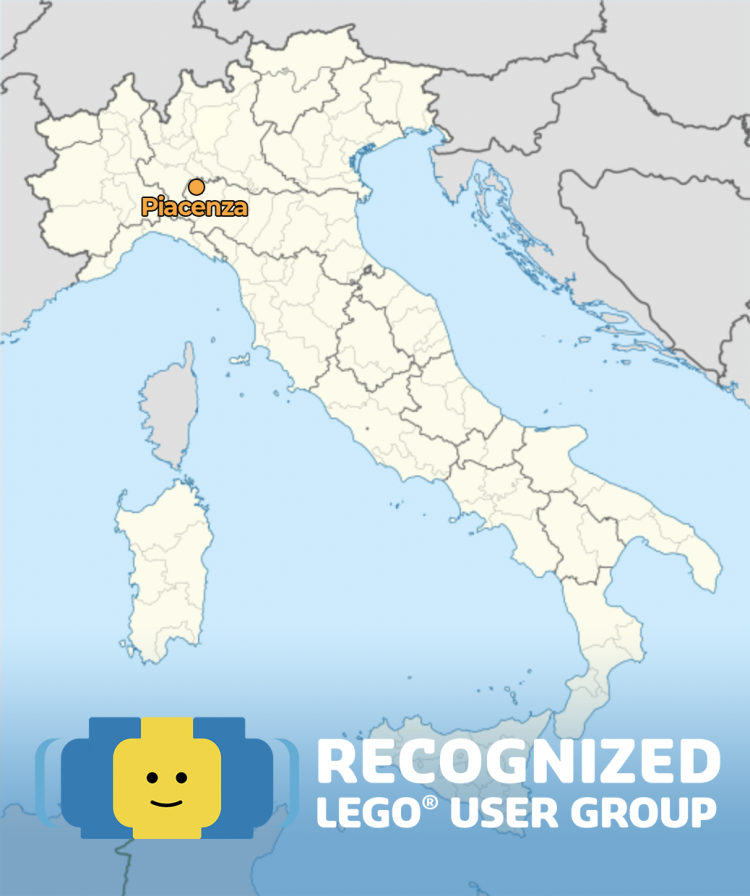 Piacenza Brick is the RLUG of Piacenza, an ancient city in Emilia. Follow us!

Founded in 2014, Piacenza Brick is the RLUG of a small, ancient city in Emilia (Northern Italy). The goal of the association is to help organize playful, artistic, cultural and fun events, while also encouraging the exploration of the area of Piacenza by visitors from other cities. This is done putting at center the world famous bricks. The group has a calendar of activities for members and many (including large events) open to the public.

The LEGO User Groups typically have physical presence in a limited geographical area (for example a country or state). The members organize events, get together for build meetings and do local community work. A LUG may or may not collaborate with the local LEGO Business Unit.

The various AFOLs of the group have different focus areas, from Technics to large city MOCs, from vintage to minifigures, from trains to GBC (Great Ball Contraction), from Star Wars to Disney themes, and many others. Groups of members share passions and organize exhibits together.

Over the years we have organized different events, with the main one in the city of Piacenza in November each year, generally reaching up to 12,000 participants. We have used as location some historical buildings like the medieval city hall (a 700 square foot assembly room) and an art museum with unique paintings and tapestries. We generally have other events in smaller villages of our province, including San Giorgio, Agazzano, Fiorenzuola, Gazzola, San Nicolo’ and have participated in summer evening events in our city.

Piacenza Bricks has also organized some outdoor events. The main one is called Venerdì Mattoncini and was visited by 20,000 people.

During events we engage with your builder with special challenges and playful activities, beside having large displays and play areas.

Beside events we organize our group members often exhibit at other RLUG events around Italy, with which we have a significant engagement.